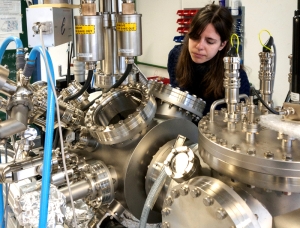 Inaugurated in 1994 in Como, Italy, this series of conferences has become an important forum for scientists working on strong interactions, stimulating exchanges among theorists and experimentalists as well as across related fields.

The twelfth edition of this conference series will take place in Thessaloniki (Greece) from 29th August to 3rd September 2016 in Makedonia Palace conference centre. Thessaloniki, founded more than 2500 years ago in the north Greece, overlooking the gulf of Thermaikos, has always been a meeting point for people of different cultures. Today, a modern city with marks of the past, is an inspiring place welcoming international events and conferences.

This edition of the conference is dedicated to the memory of Michael Müller-Preußker. His scientific contribution will be remembered during the conference.

The conference will also include a variety of events addressing school children and general public as well as different cultural events open to the public.

The conference will be followed by a Workshop on “Accelerators Revealing the QCD Secrets” that will take place from 3rd to 5th September 2016 in Makedonia Palace conference centre. 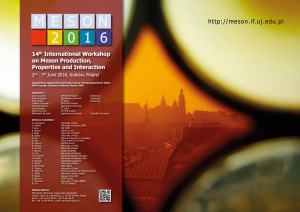 The Institute of Physics of Jagiellonian University, Forschungszentrum Jülich, INFN-LNF Frascati and Institute of Nuclear Physics PAS Cracow are organizing a biennial workshop to establish closer contacts between experimentalists and theorists involved in the studies of meson production, properties and interaction. The workshop will cover lectures on both experimental and theoretical aspects, in particular the presentation of new results.

The main topics of the workshop are:

The intention is to provide an overview of the present status in these fields, as well as of new developments, and a preview of the forthcoming investigations. This workshop – the fourteenth of the series – will maintain the tradition of the workshops organized since 1991 at Cracow. The proceedings of the most recent workshop, MESON2014 have been published in EPJ Web of Conferences Vol. 81 (2014).

Research Area: Low power information and communication technologies. My main interest is the design and integration of single electron nano-electronic devices in logic circuits for low-power applications. Moreover, I work on the design and development of a silicon-based physical platform to store and process quantum information. 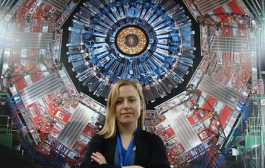 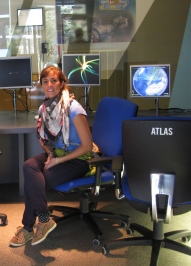